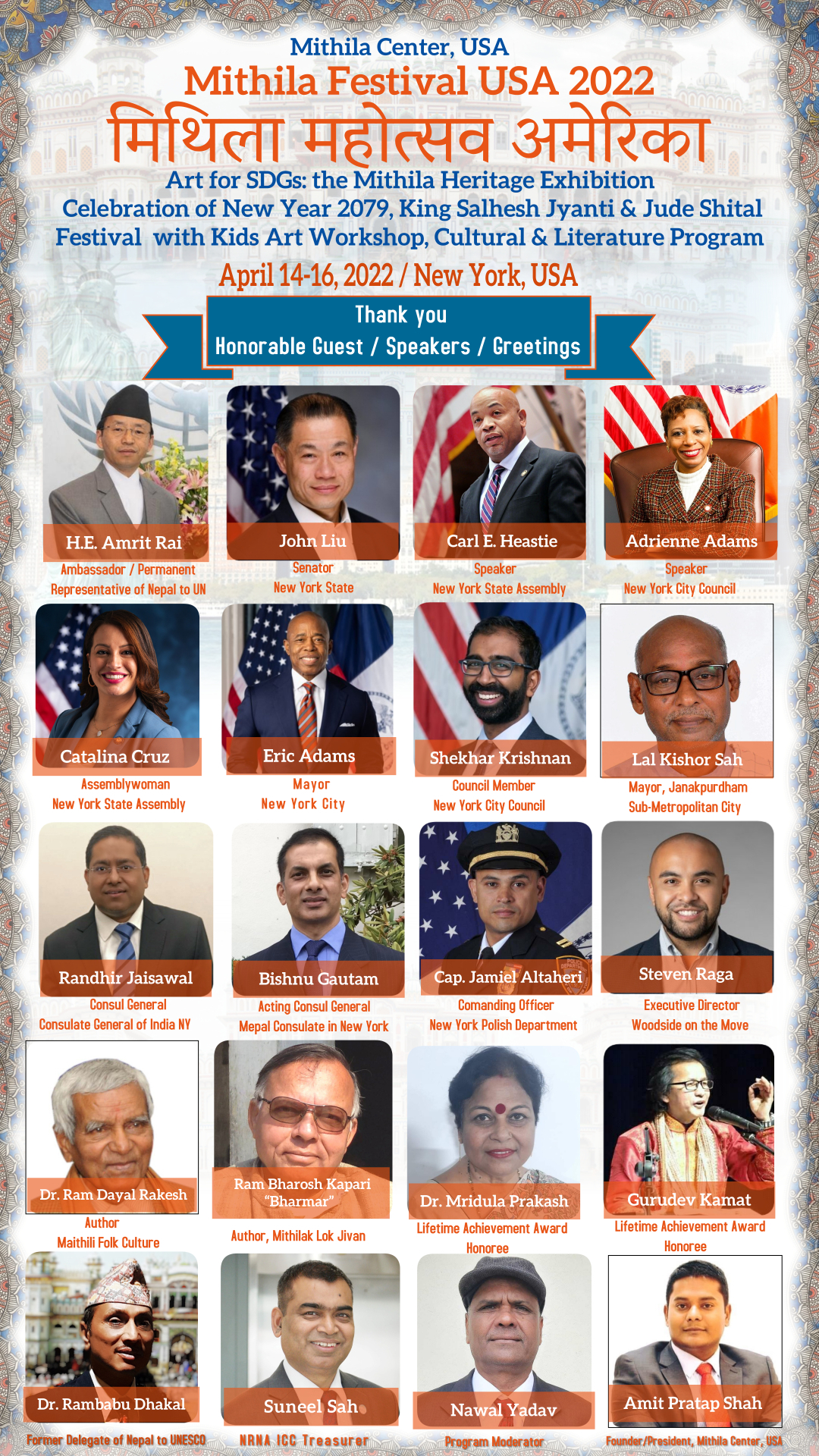 The Mithila Center USA successfully organized the Mithila Festival USA 2022 with Art, Culture and Literature program from 14 to 16 April 2022. Several dignitaries of Nepal, India and USA had addressed the opening ceremony of the festival highlighting importance of Mithila art and culture. The program for the first two days was organized virtually and the closing ceremony with kids art workshop, Jude Shital festival celebration, book lunching, taste of Mithila (cultural food festival) and cultural program on 16 April was organized physically in New York. USA.

The New York State Assemblywoman Hon. Catalina Cruz launched two books written on Mithila arts, and folk culture during the closing ceremony of the festival on April 16, 2022, at the Diversity Plaza, Queens, New York. The Mithila Centre USA undertook the responsibility of publishing both the books to promote Mithila arts, culture and traditions prevalent over centuries in Mithila communities in Nepal and India.

This year’s Festival included first ever Kids Art Workshop on Mithila painting with participation of over two dozen children aged between five and twelve. The Kids’ workshop was conducted by senior Mithila artist and trainer Pratik Rayamajhi. Each participant of the workshop received a trophy and a certificate of participation from the New York State Assemblywoman Hon. Catelina Cruz and Commanding officer of New York Polish Department Precinct 115 Cap. Jamiel Altaheri

As the Festival began on the New Year’s Day (14th April) of Nepali New Year 2079 Bikram Sambat, a Jude Sheetal (elder blessing with cooling head) was also celebrated following the tradition prevalent in Maithili community in which senior members of the family and community shower blessings upon their family members and others for their good-health and happiness through pouring water on the head in the current prevailing hot season. Community activist Mr. Ram Manohar Sah made remarks on the occasion. A Taste of Mithila (Cultural Food Festival) was well-organized in which home-made foods such as bari/jhori and taruwa were brought by several members of the Mithila community. Such foods were served to many

visitors and persons attending the food festival program. In virtual segment of Taste of Mithila, chef Mahesh Shah from Nepal also made presentation of live cooking of Mithila cultural cosine.

As per tradition, this year Mithila Center USA honored two legendary personalities for their long dedication and support in promoting Mithila culture and art. The honorees were Dr. Mridula Prakash who is the first PhD in Mithila Painting and Mr. Gurudev Kamat who is a well-known signer and musician of Mithila Community who has sung 400 songs in different languages including Maithili and Nepali and also a founder of Gurukul Music School, Nepal. The Inaugural Ceremony had been watched by a wide number of viewers through social media platform Facebook of the Mithila Center USA. Mr. Amit Pratap Shah, Founder and President of the Centre had expressed appreciation to the dignitaries and experts taking part in the inauguration. Mr. Nawal Yadav former UN civil servant and strong supporter of Mithila Festival USA had moderated the program from Kathmandu in coordination with Mr. Amit Shah in New York virtually. 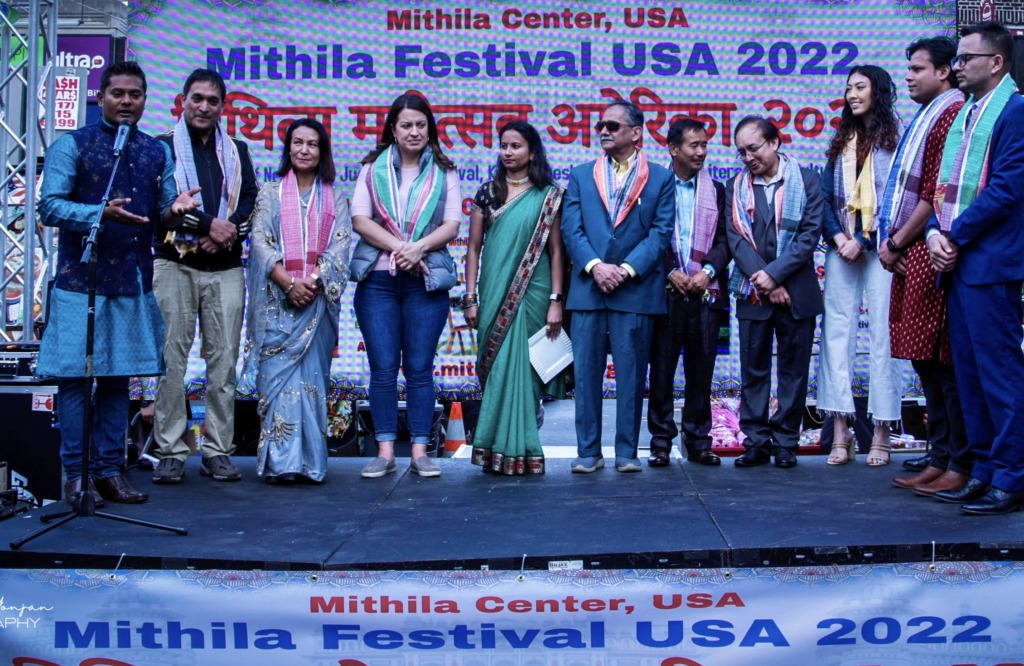